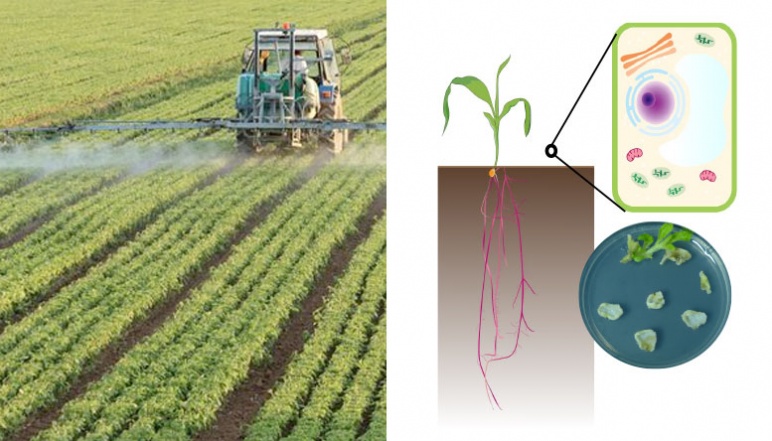 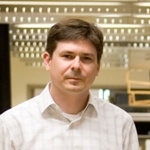 Christopher Voigt is an Associate Professor in the Department of Biological Engineering. Professor Voigt's research interests include genome-scale design and organelle refactoring and engineering, among others. Professor Voigt is the recipient of a 2015 J-WAFS seed grant for his project, "Engineered Nitrogen Fixation: Expression in Plant Organelles."

How can we enhance the yield of cereal grains without the use of chemical fertilizer?

Nitrogen, in the form of fertilizer, is required for high agricultural productivity. Primary food crops, like rice, corn or wheat need chemically derived nitrogenous fertilizer. The aim of this team’s first J-WAFS grant was to move the complete microbial nitrogen fixation pathway into chloroplast and mitochondria, since these organelles have similar gene regulation and they make the necessary cofactors. As such, cereals would not require added nitrogen. The transfer of the pathway has not been previously attempted due to limitations in technology for plant genetic engineering. The DNA encoding the microbial pathway is large (20-40,000 bp) and this is technically challenging to move into a plant. Additionally, the genes are under tight regulation in their native host and this does not transfer to plants – so the transfer of the native DNA sequence would not lead to gene expression. Based on J-WAFS funding, the international collaboration with the leaders in plastid engineering (Ralph Bock, Germany) and nitrogenase biochemistry (Luis Rubio, Spain) allowed this team to complete the first plant containing all of the essential nitrogenase genes. An entire nitrogenase cluster was integrated into the plastid genome, which is not functional yet in the plant. For mitochondrial expression, the MIT-Broad Foundary constructed 96 yeast strains containing ~1MB of nitrogenase clusters. From this, they identified a variant that forms complete NifDK tetramers, an essential step of nitrogenase assembly, in the mitochondrion. However, the purified NifDK protein resulted in inactive nitrogenase.

Now that these pipelines for transfer of larger genetic cluster into plant organelles have been established, the renewal of the grant will focus on new designs to obtain nitrogenase activity in these organelles. Three types of new nitrogen fixation clusters are being integrated into plastids: 1. Larger natural clusters with advantageous features (robustness, e- source for nitrogenase, oxygen resistance), 2. Inducible “refactored” cluster with improved stability, and 3. Variants where genetic parts from plastids are substituted into the microbial clusters. Their expression in plants is ensured by ‘omics’ analysis and their functionality is being tested by acetylene reduction assay and nitrogen limited growth experiments. For nitrogenase delivery into yeast mitochondria, several biochemical needs identified from the first library are being incorporated into the next round of constructs to achieve functional nitrogenase assembly in mitochondria. This includes libraries that incorporate additional accessary genes that were omitted from the first library and match the necessary stoichiometry of nitrogenase genes using newly characterized yeast expression cassettes. The research team is biochemically evaluating these libraries for the formation of the active cofactor in the mitochondrion (and intermediates) and activity. These approaches enable the team to take many “shots on goal” in establishing the necessary biochemistry and tuning to optimize the probability of transferring the functional nitrogenase into plants.

Formation of nitrogenase NifDK tetramers in the mitochondria of Saccharomyces cerevisiae 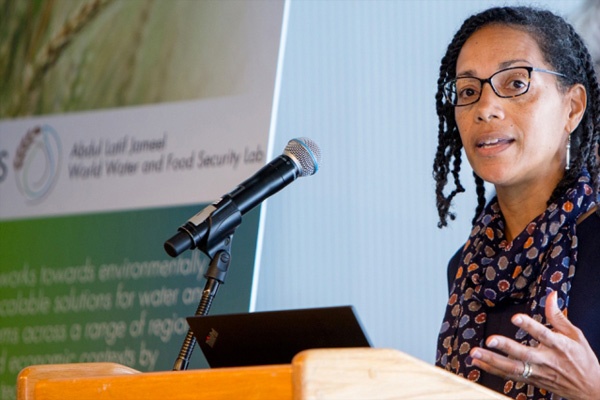 Nearly two dozen research teams supported by J-WAFS presented updates on their work at a day-long event on Sept. 15th, 2017. This MIT News… 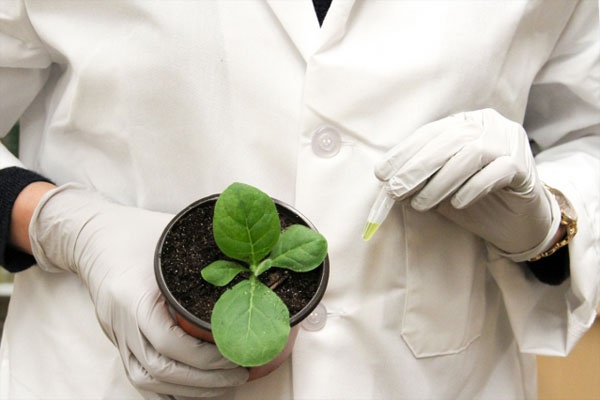 After 4 years of J-WAFS funding, the Voigt Lab has achieved revolutionary milestones in the development of nitrogen-fixing cereal crops.