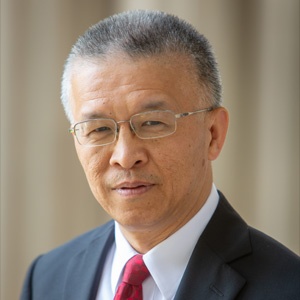 Gang Chen is currently Carl Richard Soderberg Professor of Power Engineering at Massachusetts Institute of Technology (MIT). He served as the Head of the Department of Mechanical Engineering at MIT; and as the director of the Solid-State Solar-Thermal Energy Conversion Center, an Energy Frontier Research Center funded by US Department of Energy. He received an NSF Young Investigator Award, an R&D 100 award, the ASME Heat Transfer Memorial Award and Frank Kreith Energy Award, the Nukiyama Memorial Award by the Japan Heat Transfer Society, a World Technology Network Award in Energy, an Eringen Medal from the Society of Engineering Science, and the Capers and Marion McDonald Award for Excellences in Mentoring and Advising from MIT. He is a fellow of American Academy of Arts and Sciences, American Association for Advancement of Science, APS, ASME, and Guggenheim Foundation. He is an academician of Academia Sinica and a member of the US National Academy of Engineering.