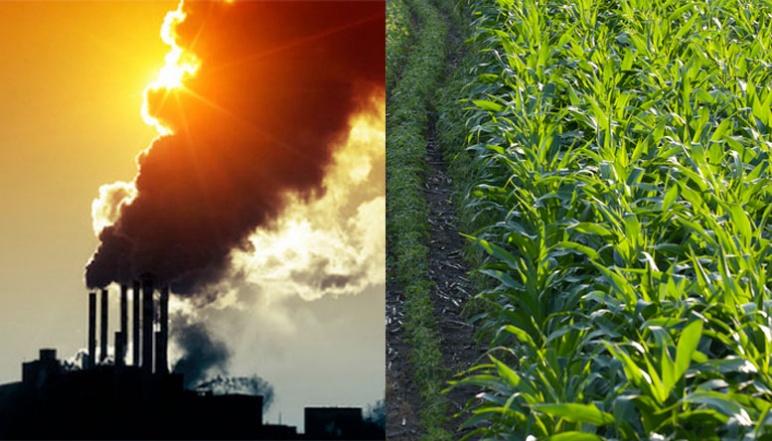 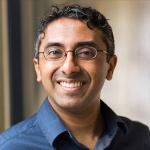 Yogesh (Yogi) Surendranath is the Paul M. Cook Career Development Associate Professor of Chemistry at MIT. He holds dual bachelor's degrees in chemistry and physics from the University of Virginia and a PhD in inorganic chemistry from MIT, obtained under the direction of Professor Daniel Nocera. After receiving his PhD, Professor Surendranath undertook postdoctoral studies as a Miller Research Fellow at UC Berkeley with Professor Paul Alivisatos. In the summer of 2013, he assumed his current position at MIT. His research group aims to store renewable electricity in energy-dense chemical bonds by controlling interfacial reactivity at the molecular level.

Can we leverage renewable electricity to drive the portable production of ammonia fertilizer from nitrogen in the air?

With over 100 million tons synthesized annually, ammonia, a key ingredient in fertilizers, is vital in ensuring global food security. Most ammonia is made via the legacy Haber-Bosch process which requires harsh conditions (300 bar, 500°C), significant infrastructure to operate, and has an enormous carbon footprint (releasing 1.87 tons of carbon dioxide per ton of ammonia produced). This seed grant is supporting the development of ammonia synthesis via electrochemical nitrogen reduction, which has the potential to be more energy efficient, operate under significantly milder conditions, and require less infrastructural demands to operate. This would not only reduce the energy demand and thus carbon footprint of ammonia synthesis, but would also increase the equity of access to fertilizers in areas of the world that do not already have existing infrastructure from legacy Haber-Bosch plants.

Current electrochemical ammonia synthesis systems suffer greatly from low yield and selectivity due to the inevitable formation of hydrogen gas as an unwanted byproduct. The Surendranath group aims to understand the fundamental mechanisms by which nitrogen is reduced to ammonia, and use this insight to design catalysts and reaction conditions that favor selective ammonia production.