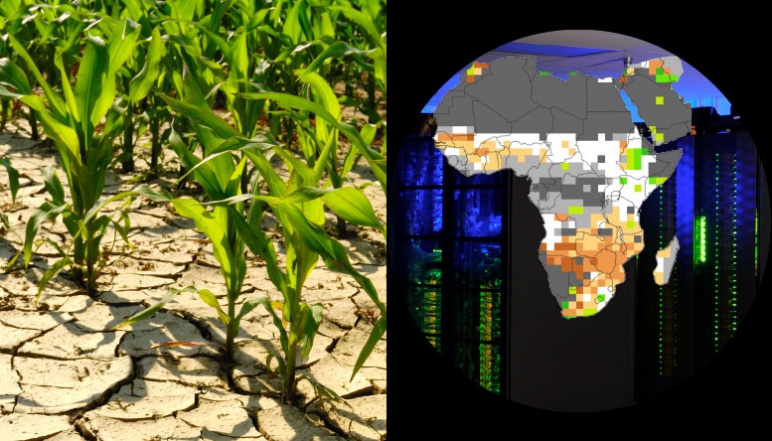 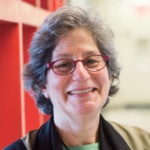 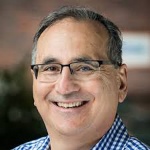 Understanding the future evolution of water needs, food production, availability and adaptation challenges due to climate change requires an understanding not only of average climate changes, but also of their inter-annual and decadal variability and associated uncertainties. In recent years, two different types of large ensemble runs of climate projections have become available, those from more than twenty different climate models (“between-model” ensembles), and those from repeated runs of several individual models (“within-model ensembles”). Climate model ensemble information provides a rich new basis for improved quantification of climate factors contributing to water and crop stresses across a range of applications and sectors, and a greatly improved basis for future projections of where adaptation measures that “climate-proof” against past experience of variability should be bolstered or changed.

The research team for this project linked a broad range of available multi- and individual climate model ensembles to both crop production models and water supply/demand models in order to (1) project climate-related changes in crop production and (2) estimate the benefits and costs of proposed irrigation expansion projects in sub-Saharan Africa across the 21st century. The risks of climate change for the agricultural sector in this region are a particularly immediate and important problem because the majority of the rural population depends either directly or indirectly on agriculture for their livelihoods. Further, the new climate ensemble information shows that they will experience or are already experiencing climates that are statistically different from the past. As part of this work, the research team identified a set of measures at the national and agricultural region level that, if enacted, have the potential to dramatically increase the resilience of this vulnerable region’s agriculture to climate change.

The first part of this work, an exploration of uncertainty in global climate models and its impact on the predicted impacts of climate change on maize (corn) production in sub-Saharan Africa, was published in Earth’s Future [Dale et al., 2017]. The team predicted several robust regional and sub-regional trends in maize production due to climate change, including widespread yield losses in the Sahel region (south of the Sahara desert) and Southern Africa, resilience in Central Africa, and sub-regional increases in East Africa and at the southern tip of the continent (Figure 1). Yield losses corresponded with widespread increases in aridity. Projected climate change impacts on maize production in different regions and nations ranged from near-zero or positive to substantially negative, highlighting a need for risk management strategies that are adaptive and robust to uncertainty. Internal variability (chaos) was a major source of uncertainty and explained most of the spatial distribution of uncertainty in their predictions. 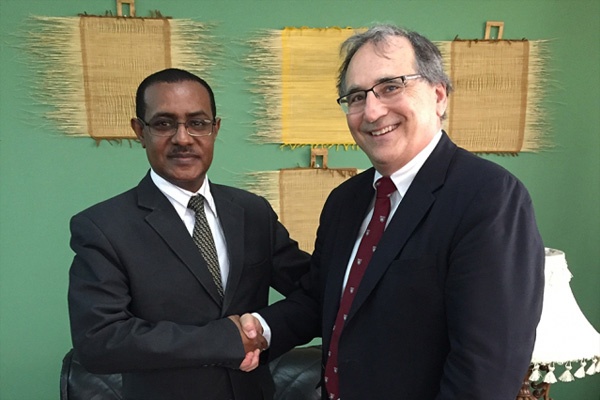 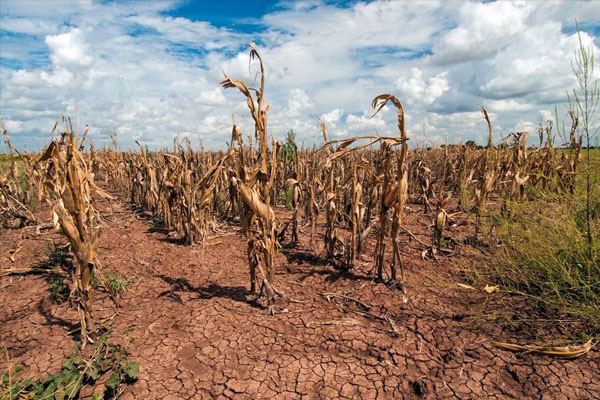 Over the next century, southern Africa will see widespread decreases in maize production.